We've all seen it. Somebody gets a bright idea or develops a new product and the media jumps on it. PRESTO!---everyone wants that person's product or idea. Does this happen because the idea or product is a truly new and brilliant one? Hardly. More often than not, THE PERSON SUCCEEDED BECAUSE SHE OR HE KNEW HOW TO USE THE MEDIA. (Pardon my shouting, but THAT is the most important message you'll ever hear, next to "Your house is on fire!") And YOU can do it too. Read on!

We live in a mass society. Millions of people spending billions of dollars and talking about trillions of ideas 24 hours a day. You can reach a FEW of those people through old fashioned word of mouth. But to reach HUGE numbers of them--which is what you will have to do to get the big results--you must use Mass Media.

That's the question which people always ask me. If I host a chat on America On-Line, as I often do, its guaranteed several people will want to know if sending out press releases will just be a big waste of time.

Well..the answer is "yes." Yes, if you don't know exactly what you're doing. But having said that, let me need, must have, crave, can't-do-without a steady stream of usable news. YOU are the person that can supply the news leads they need.

The news release is the time honored method of putting information before the media. This is especially true for businesses and organizations. It takes the form of a page or two detailing your message, generally slanted a bit to favor your goals. In its most basic form, the news release has your name and contact number at the top, followed by some points the media outlet will be interested in.

News releases don't work for all situations. Radio stations get bags full of them each day, and almost all go into the trash. Television doesn't do much better. The real province of the news release is the newspaper. Now the journalistic turf of the newspaper is being shared by the on-line community--thousands of e-mail newsletters, newsgroups, discussion groups, web sites, and e-zines.

Unlike most other media sources, newspapers require a very large and steady flow of new information coming in on a daily basis. Reporters keep all options open as sources of news. If you can dump a good message in their laps, they will use it.

Reporters usually call their own shots. Following a few guidelines set up by his or her editor, the reporter has the freedom to decide which stories to pursue. Call the newspaper and ask which reporter handles stories like yours.

If your message is fast breaking and can't wait for a news release to arrive in the mail or for the reporter to check her e-mail, phone the reporter and tell them about it. Make sure you have all your facts clear and correct. Reporters despise inaccuracy. Set them up with bad facts and they won't come back.

Also, make sure your story is something that the reporter will agree is important. Newspapers don't like it if you send in an ad for your business to be used as a news story. Their attitude is, "Hey, if you want to advertise, call the advertising department and buy and ad." You have to cloak your message in a story that is newsworthy, a story that readers will find helpful, interesting, simulating, sad, or hopeful If you're not sure, you can often leave your message on the reporter's voice mail, and it has the effect of demanding less urgency. When the reporter says your message is no big deal, as some occasionally will, it will reflect less on you.

Talk radio is booming. There are now well over 1000 radio stations in the United States programming talk shows full time. If you count individual talk shows, the number zooms up to 3000.

This is a tremendous opportunity for small business people. The promotional boost that talk radio gives you can be immense and, best of all, it's free.

All of those 3000 shows need guests. Nothing scares a talk show host more than the idea of having to go it alone. Hopefully, the telephone rings with lots of interesting callers, but that's not always the case. Radio talk hosts everywhere know that you NEED A GUEST to make the show fly.

That's where YOU come in. A talk show guest gets to put on display--in front of thousands of ears--their expertise and business. Do you have to be the best in your business, or be a good talker? No! All you have to do to be on a talk show is have some information that will interest the show's listeners.

That can be as simple as giving listeners some ideas on how to fix their car, save more money, grow a nicer lawn, stay out of legal trouble, pay fewer taxes, or anything else that will make their lives easier and happier. If your business can be related to some current topic in local or national news (for example: your employees are helping the mayor clean up graffiti) then expect to get even more attention from talk radio.

Even if your business is not all that interesting to the general public, maybe you have another interest that is.

The most important thing about television is that it is VISUAL. In many cases, the story may not sound interesting or be interesting, but if it LOOKS interesting, it gets on TV.

Once at a fund-raiser, all the media personalities in town were gathered together for a banana split eating contest. Knowing that every television station would be sending a camera to cover this novel and VISUAL event, I decided to be the most novel and visual person in the contest.

We all sat down, television, radio and newspaper people alike, and prepared our chops for the starting whistle. As the eating commenced, I pulled out a giant silver spoon the size of a small shovel. The television cameras immediately swung to me.

That evening, at the neglect of all the other media contestants, footage of my spoon and I were prominently featured on the news of several television stations. The visual approach to TV worked.

There are five basic categories of stories that television likes to cover. You won't find these written down anywhere on a news room bulletin board. They are instinctive to assignment editors.

Number one are political stories. Anything that has to do with local, state, or federal politics gets on TV. If the Gotebo, Oklahoma dog catcher does something that upsets two people, it's somehow viewed as a worthy news story. Expect to get on TV if you mount an accepted challenge to a government official, entity, or proposal.

Big community problems get the same kind of coverage. These are often things that touch everyone. Potholes, mosquito eradication, garbage service, flood control, and crime all fall into this category. Activities that solve big community problems, or potential problems, get attention too. This could be something like people planting fifty trees in the city park.

Education and Health earn a lot of television coverage these days. The first one is because everyone is concerned about kids. The second is because television news viewers are disproportionately middle-aged. They have an increased interest in health information and issues.

Celebrities always get television time. The reasons are obvious. The man or woman who couldn't care less about the other topics mentioned will always look up when the local NBA star or visiting movie star comes on.

I will awkwardly lump sports into this category as well. Sports make up to 50% of local news in many towns.

Finally, television loves novelty. Some experts say that anything visual and original will get on. I'm not sure I agree. Strictly original stories often leave assignment editors wondering why they should cover it. You are far better off doing something that's done once every year or two. The cameras will show up for something that they know from experience will be a winner.

Contestants diving into a swimming pool of green jello to grab a key that starts a free car is the oldest stunt in the book, but it invariably brings the TV vans out in droves.

Above all, remember that getting covered by major media isn't easy. You probably won't get much response with the first press release you send out. But keep after it. Keep sending your press
releases every few weeks. Editors and producers will get to know you and soon your free media coverage will be flowing.

Kevin Nunley has written thousands of top-notch press releases for his customers. See his affordable press release deal at http://DrNunley.com

Before going online in 1996, Kevin was on- air at major radio and TV stations for 21 years. He knows what editors want!

Taking your business to the next level is what we do. 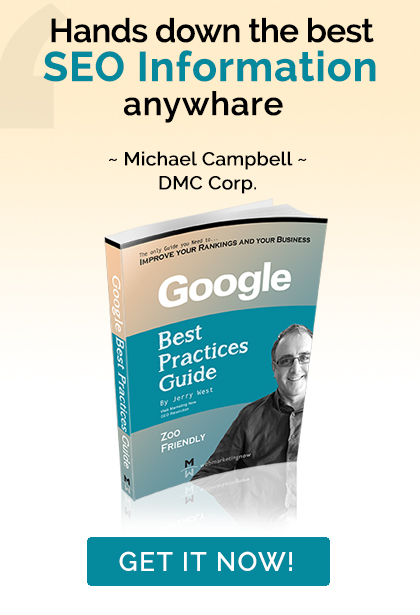